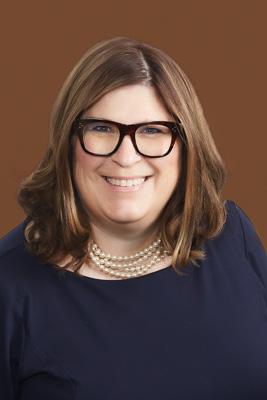 Karen Jarrell is the Assistant Dean for Academic Services and Law School Registrar. With more than 33 years of professional experience, Jarrell previously served as Assistant Provost, Assistant Vice President for Financial Aid, Assistant Clinical Professor, and University Registrar at The University of Texas at Dallas where she assisted a population of over 20,000 students. Jarrell also served as the Director of Institutional Effectiveness and Research, Registrar, and Student Information Systems Manager at Paul Quinn College for almost two years, and was the Acting Registrar at the Massachusetts College of Liberal Arts where she worked for almost ten years. Jarrell has extensive experience in all areas of enrollment management to include admissions, registrar, financial aid, and billing/bursar activities.

After completing high school in Mannheim Germany, in 1982, she attended college at Old Dominion University in Norfolk, Virginia and Hagerstown Community College in Hagerstown, Maryland. She received an Associate of Arts in English/Communications in May of 1985 from Hagerstown Community College. After living in the Republic of Panama for three years, serving as a civilian communications liaison for the United States Army, she resumed her education at the Massachusetts College of Liberal Arts in North Adams, Massachusetts. She graduated summa cum laude with a Bachelor of Arts in English/Communications in January of 1994 and a Masters in Education in May of 1996 from the Massachusetts College of Liberal Arts. Jarrell earned her Doctor of Philosophy degree in Public Affairs in January of 2007 from The University of Texas at Dallas. Jarrell is a published scholar in the fields of succession planning and city governance and a proud member of Alpha Chi, Phi Lambda Theta, and past-president of Pi Alpha Alpha. Jarrell is also a member of several professional organizations to include the Texas Association of Collegiate Registrars and Admissions Officers, the Southern Association of Collegiate Registrars and Admissions Officers, and is currently serving on the federal compliance committee for the American Association of Collegiate Registrars and Admissions Officers where she served as chair for the last two years.