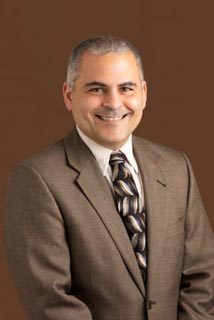 Antony “Tony” Kolenc joined the UNT Dallas College of Law faculty in 2019 after serving over 21 years in the United States Air Force, retiring as a Lieutenant Colonel from the Judge Advocate General’s (JAG) Corps. During his career as a JAG, Tony litigated both civil and criminal cases before trial and appellate courts, including the Court of Appeals for the Armed Forces and the U.S. Court of Appeals for the Tenth Circuit. He has also taught at the United States Air Force Academy in Colorado Springs and Florida Coastal School of Law as a tenured professor.

Professor Kolenc received his Juris Doctor degree in 1999, graduating at the top of his class from the University of Florida Levin College of Law. While there, he served as a senior editor on the Florida Law Review and as a competitor and coach on the Justice Campbell Thornal Moot Court Board. He also earned his Master of Arts degree in Theology and Christian Ministry from the Franciscan University of Steubenville. He teaches several courses at UNT Dallas, to include Evidence, Torts, Constitutional Law II, and Legal Writing III: Appellate Drafting. His professional writings have focused on matters of constitutional law and military policy, especially focusing on Freedom of Religion. His articles have appeared in several academic legal journals and magazines. He also writes a regular legal column for homeschooling families in Practical Homeschooling Magazine, and has penned a historical fiction trilogy for teens. He and his wife, Alisa, homeschooled their five children. You can learn more about him at www.antonykolenc.com.