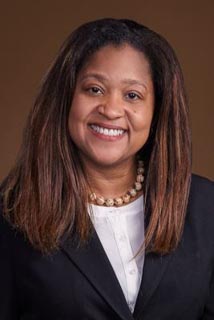 Angela Downes joins UNT Dallas College of Law as Professor of Practice and Assistant Director of Experiential Education beginning with the 2015-2016 academic year. She is a graduate of Mercer University and Texas A&M School of Law (formerly Texas Wesleyan School of Law).

Professor Downes’ law career has focus on public service, policy, and legislative efforts to protect the public trust. After positions with the Collin and Dallas counties’ District Attorney’s offices, Professor Downes served as the Attorney for Court Programs at the national office of Mothers Against Drunk Driving (MADD), the largest nonprofit dedicated to drunk driving and impaired driving issues. She is a former Senior Attorney at the National District Attorneys Association in Alexandria, Virginia, where she focused on child abuse, domestic violence, human trafficking, victims’ rights, and elder abuse.

In 2008, Professor Downes was appointed by the governor to serve on the Texas State Board of Examiners of Psychologists and was re-appointed in 2013. The Board is the regulatory and licensing agency for psychologists in the state. She also served as a member of the Texas Violent Gang Taskforce from 2001-2004. Professor Downes also serves as an associate municipal judge for the City of Glenn Heights, Texas.