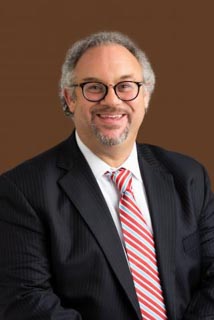 Brian L. Owsley joined the faculty of UNT Dallas College of Law as Associate Professor of Law. Professor Owsley will teach Torts, Constitutional Law, and other courses beginning in the 2015-2016 academic year.

Professor Owsley received his J.D. from Columbia University School of Law, where he was a Harlan Fiske Stone Scholar. He served as Executive Editor of the Columbia Human Rights Law Review. He also received a master’s degree in International Affairs from the Columbia School of International and Public Affairs.

After law school, he served as law clerk to the Honorable Janis Graham Jack, United States District Judge for the Southern District of Texas; served as Leonard H. Sadler Fellow for Human Rights Watch in New York City; and clerked for the Honorable Martha Craig Daughtrey, United States Court of Appeals for the Sixth Circuit. After his appellate court clerkship, he practiced with the Southern Poverty Law Center as a legal fellow in Montgomery, Alabama; the United States Equal Employment Opportunity Commission in Washington, D.C.; and with a private law firm in Washington, D.C., which now has merged with the international firm of Troutman, Sanders.

After private practice, Professor Owsley returned to government practice, working as a trial attorney for the United States Department of Justice in Washington, D.C. Following this period, he was appointed as a United States Magistrate Judge for the Southern District of Texas, where he served from 2005 until 2013. With this extensive and varied practice and judicial experience, he entered law teaching in 2013. He has taught at Texas Tech and Indiana Tech Law Schools.