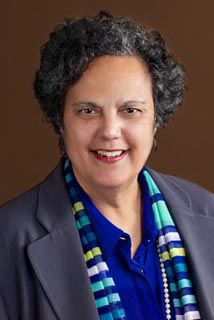 Professor Cheryl Brown Wattley joined the inaugural faculty of the UNT Dallas College of Law from the University of Oklahoma College of Law, where she served on the faculty from 2006 through 2013 and was Professor of Law and Director of Clinical Education. Professor Wattley teaches Criminal Law in the first-year curriculum.  She also teaches the upper level courses, The Trial Process and Courtroom Advocacy.  Professor Wattley serves as the Director of Experiential Education overseeing the law school’s externship program; the Community Lawyering Centers; the Joyce Ann Brown Innocence Clinic; and the law school’s Community Engagement Program.

Professor Wattley began her legal career as an Assistant United States Attorney in the District of Connecticut representing the United States in civil litigation. Through her actions, the United States participated as litigating amicus curiae in Connecticut ARC v. Thorne, the lawsuit that led to the entry of a consent decree overhauling the system for serving persons with mental retardation in Connecticut.  She received a Special Achievement Award from the Department of Justice for her work.

She later transferred to the United States Attorney's Office for the Northern District of Texas, located in Dallas, where she focused on the prosecution of white-collar crime, serving as Chief of the Economic Crime Unit. During her time in this office, Professor Wattley received another Department of Justice Special Achievement Award, the United States Postal Inspection Service National Award, and commendations from the Department of Treasury, the Immigration and Naturalization Service, and the Customs Department.

Professor Wattley has served on a variety of civic and professional boards and committees, including the State Bar of Texas Board of Disciplinary Appeals; District 6 Grievance Committee; Dallas Bar Foundation; and the Board of Regents for Texas Woman's University. She was appointed to serve on "Dallas Together," a mayoral committee appointed to address racial issues within the City of Dallas and appointed as Vice Chairperson for the 1990 and 2000 City of Dallas Redistricting Commissions.

She is a frequent speaker and panelist participating in presentations with the Dallas Women’s Leadership Symposium; Center for American and International Law; American Board of Trial Advocates; Dallas Bar Association; and other community and legal organizations.  Professor Wattley has been an instructor for National Institute of Trial Advocacy, teaching in trial and deposition programs for over 30 years.

Professor Wattley continues to work with Centurion Ministries, a non-profit organization based in Princeton, New Jersey, devoted to the vindication and liberation of persons wrongfully convicted and imprisoned. Through Centurion, she served as one of the attorneys for Kerry Max Cook, a former Texas death row inmate. Professor Wattley represented Richard Miles in his release from the Texas Department of Criminal Justice and ultimate exoneration. She continues to work with Mr. Miles as a board member for his non-profit organization, Miles of Freedom.  She and Centurion Ministries still battle for the exoneration and release of Benjamine Spencer, a high profile wrongful conviction case in Dallas.