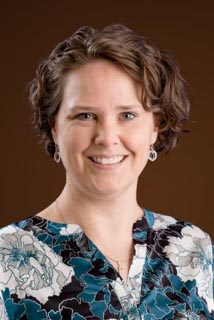 Gretchen Hackard serves as a Professor of Practice and the Director of the Externship Program. Prior to joining the UNT Dallas College of Law faculty full-time in January 2019, she was a Senior Lecturer in the UNT Dallas Department of Criminal Justice and an adjunct professor with the College of Law’s Joyce Ann Brown Innocence Clinic. She taught courses in Criminal Procedure, Criminal Law, Evidence, Constitutional Law, Ethics, and more since beginning her academic career in 2008.

Hackard earned her B.B.A. from the University of North Texas in 1995, having started at UNT during her last two years of high school in the elite Texas Academy of Mathematics and Science residential high school program. During her undergraduate career, she interned with the Denton County District Attorney’s Office. After college, she worked with a solo immigration practitioner. She earned her J.D. at the University of Houston in 2000, where she was awarded Best Candidate and Senior Articles Editor for the Houston Journal of International Law. During law school she spent a year clerking with the immigration law firm of Judith G. Cooper.  After passing the bar, she began her practice in civil litigation, and switched to working full-time in criminal prosecution in 2002. She served in that capacity for over 6 years with Denton, Caldwell, and Ellis Counties. During her tenure at the Denton County DA’s office, she earned her M.S. in Criminal Justice at UNT and was accepted into the Alpha Phi Sigma Criminal Justice Honor Society.

Hackard has attended and presented at many criminal justice conferences and moonlights as an ardent student of best practices in adult learning and related principles of cognitive psychology.