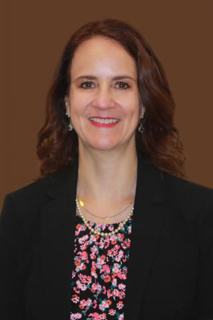 Katherine Mikkelson is the Assistant Director of the Office of Career and Professional Development. Prior to coming to UNT College of Law, Katherine was the Associate Director of the American Bar Association’s Government and Public Sector Lawyers Division. In that role, she produced CLE programming that included developing course materials, writing and editing content for both webinars and live courses and sourcing subject matter experts. Katherine also edited and produced two periodicals for the Division.

Katherine began her legal career with the Department of Justice as an attorney in the Executive Office of Immigration Review where she wrote orders and memoranda on behalf of the Chief Administrative Hearing Officer.  Subsequent to that experience she was an attorney in the United States Office of Special Counsel where she handled whistleblowing and Hatch Act cases.

Katherine received her BA from The Ohio State University where she was a student athlete, and her JD from the Catholic University of America Columbus School of Law.