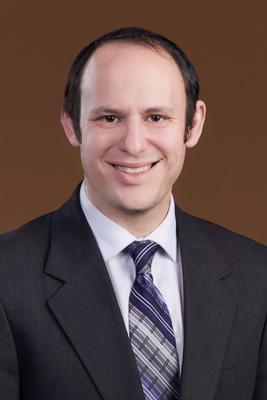 Kevin W. Robinowich joined the UNT Dallas College of Law in January 2016 as Assistant Dean of Student Affairs. He graduated from the University of Texas at Austin in 2004 and St. Mary’s University School of Law in 2008 where he earned membership in the Phi Delta Phi Legal Honors Fraternity. He is licensed to practice law in the State of Texas and he is a certified mediator.

After graduation, Robinowich remained connected to St. Mary’s working as the Associate Director of the Summer Skills Enhancement Program for St. Mary’s University School of Law. In 2009, he took the position of Clinical Fellow for the Center for Legal and Social Justice (CLSJ) at St. Mary’s, and continued to work with students in the Summer Skills Enhancement Program. As a Clinical Fellow, Robinowich practiced and lectured in a variety of areas of law including consumer law, probate law, wills and estates, bankruptcy, family law, and Social Security law. He taught St. Mary’s law students to practice in these areas of law as well. He also played an integral role in setting up the CLSJ’s office and procedures at Haven for Hope, the local transitional homeless shelter. During his time as a Clinical Fellow, Robinowich also worked with the Community Justice Program to initiate the Criminal Warrants Clinic, and provided legal presentations for the Parenting Order Legal Clinic and other organizations.

In 2011, Robinowich became the Associate Director of Academic and Student Affairs. In this position he worked with other faculty and staff to create and implement a new and robust academic support program at St. Mary’s University School of Law. In 2013 he became Director of Academic Support for St. Mary’s University School of Law and continued to serve students’ needs in the areas of academic support and student affairs. He also taught a course in consumer bankruptcy law.