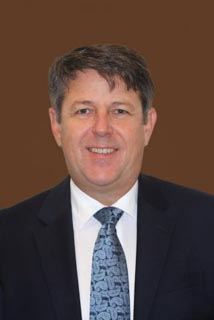 Wes Moore is a Professor of Practice in the Academic Support and Bar Readiness office, teaching Legal Methods. Professor Moore received his bachelor’s degree in Political Science from Texas Tech University in 1988 and his J.D. from Baylor Law School in 1991. He received his LL. M. in Air and Space Law from the Institute of Air and Space Law at McGill University, Montreal, Quebec, Canada where he received the Setsuko Ushioda-Aoki Prize for Academic Excellence.

Professor Moore joined the UNT Dallas faculty in the Fall of 2020 after a 26-year career as a Judge Advocate with the United States Air Force and two years as a civilian attorney with the Department of Defense Office of Military Commissions Trial Judiciary. Professor Moore’s military career included a broad array of assignments, serving as a prosecutor, defense attorney, air and space law and policy expert and leader, culminating with six years of service as a Military Judge, presiding over criminal court-martial trials across the globe.